For two decades, BRIAN LEVANT (Director) has kept audiences laughing, first as a writer/producer of such popular television series as Happy Days and Mork & Mindy and more recently as the director of the motion pictures Beethoven, The Flintstones and Jingle All The Way.

Born and raised in Chicago, Levant began his career in 1977 as a story editor on Happy Days. After moving on to produce The Bad News Bears and Mork & Mindy, he returned to Happy Days as supervising producer in 1982 for the series final two seasons.

In 1982 Levant wrote the teleplay for the movie-of-the-week Still The Beaver, which was CB’s highest rated MOW of the year, paving the way for the 1984-1989 New Leave it to Beaver series, for which he served as executive producer. In 1989 he won the CableACE Award for Best Director of a Comedy Series.

During the past six years, Levant has turned his attention to writing and directing feature films. In addition to directing The Flintstones, Beethoven and Problem Child 2, he has written a number of motion picture screenplays, including Friday Night Lights, Leave it to Beaver, I Raised a Teenager and the upcoming Bad Haircut from Propaganda Films.

A graduate from the University of New Mexico, Levant currently resides outside Los Angeles with his wife Allison and their three children.

The Flintstones in Viva Rock Vegas 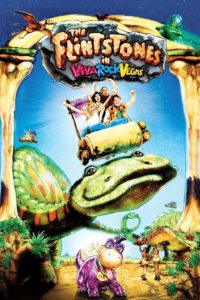